Song Hyeongno’s first NFT series “NFT Love Series” consists of a total of three works, Olivia over the Wall and Pink Heart Cloud with up to 50 editions, and Sony Angel with up to 25 editions will be dropped.

The author used rabbits and pigs as the main metaphors in this series.

There are two ways of looking at a pig. In Jewish and Muslim countries, pigs are negative and taboo, whereas in Korea and China, they are favored animals that bring blessings. When people dream about a pig, they believe it will bring good fortune or luck. Yet, it does not mean that pigs are viewed entirely positively in the Eastern culture. Because sometimes pigs are metaphors for greedy and dirty human figures.

When an image has this kind of twofold perspective, it has an important meaning. The artist says that this pig’s both positivity and negativity side is like a coin where two different sides form one. In other words, the artist tells the audience, people should let go of greed and seek for luck. Olivia, a pig who leans against the wall and looks at the sky because she cannot see the sky on her own means exactly that.

Rabbits have many meanings at the same time. It is known as a clever animal from the story of the deceiving tiger, and it is the most comfortable and humane figure among imaginary animals. It also appears as a sacred being through the story of pounding rice cakes on the moon. In fairy tales such as Alice in Wonderland and the movie The Matrix, it appears as a guide who leads us into a new world. Moving to a new world is perhaps a process through a narrow path like a rabbit hole, and shouldn’t it be as small as a rabbit to pass through such a hole? In that sense, rabbits also tell us humility.

Song Hyeongno’s works are collected in the National Museum of Modern and Contemporary Art, Daelim Museum of Art, Samsung Fire & Marine Insurance Headquarters, and LG U+. 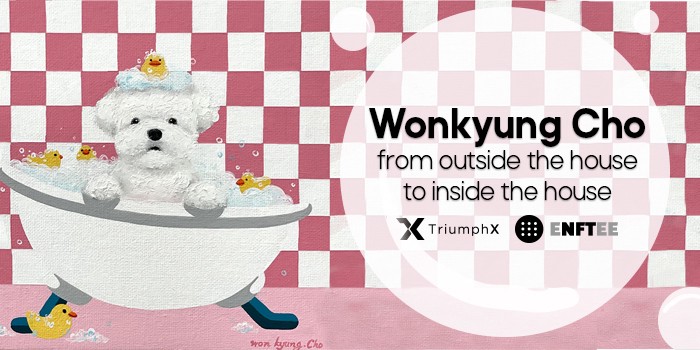